Robbie Williams has announced new European dates for his ‘XXV’ tour – celebrating an incredible 25 years as a solo artist.

Bringing his high-octane shows to cities across Europe, the new 2023 tour dates kick off with a show in Bologna, Italy on 20 January before taking in cities across the continent including Paris, Amsterdam, Berlin and Barcelona. The arena tour will be a joyous celebration of Robbie’s 25 years as a solo artist following the release earlier this month of his album, ‘XXV’, which features many of his greatest hits and fan favourites from across his solo career.

Earlier this month, Robbie secured his 14th UK Number 1 album with ‘XXV’, which topped the chart in its first week of release. With this amazing achievement, the music icon has broken the record for the solo artist with the most UK Number 1 albums. He equalled Elvis Presley’s chart record when he secured his 13th Number 1 album with 2019’s ‘The Christmas Present’. Only The Beatles now have more UK Number 1 albums than Robbie with 15. His total chart-topping UK albums across his solo work and records released with Take That now stands at 19. It places him in the top two acts of all time with the most Number 1s across their catalogue with only Paul McCartney with more. 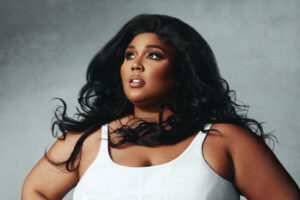